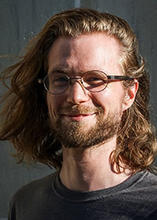 New Sound Collective is an ensemble that specializes in the performance of music by living composers. This is promoted through commissions, concerts, and recordings.

The ensemble typically performs 2-3 concerts per semester. In the first concert program, we explore existing works written after 1985, as well as works commissioned specifically for New Sound Collective. Through learning the repertoire and interacting with living composers, students gain insight into the music of today.

The group serves as a vehicle for student composers to workshop their own pieces. The second concert is typically all student composed works, which are workshopped in the weeks prior to the concert. Students will also have opportunities to have their works recorded. The ensemble also fosters outreach and off-campus performances. In October 2022, New Sound Collective appeared at the District New Music Coalition’s Fall Conference, where students performed alongside other D.C. area musicians.

This ensemble is open to all instrumentalists and vocalists.